[For the original treatise on the whether 1914 was
the start of Christ’s presence, see this post.]

To base the interpretation of a prophetic fulfillment on even one assumption opens the door for disappointment.  If that one assumption is wrong, then the interpretation must fall by the wayside.  Here we have 11 assumptions!  What are the odds that all 11 are true?  If even one is wrong, everything changes.
I put it to you that if our start year of 607 B.C.E. had been instead 606 or 608, giving us 1913 or 1915, the interpretation of that year marking the end of the world (it later morphed into the invisible presence of Christ) would have joined all our other failed date-specific interpretations on the dust heap of history.  The fact that a single, albeit major, war broke out that year shouldn’t be cause for us to lose our reason and base so much of our prophetic understanding on an interpretation founded on the sand of so many assumptions.

Articles by Meleti Vivlon.
← The Messenger of the Covenant and 1918Four Horsemen at the Gallop → 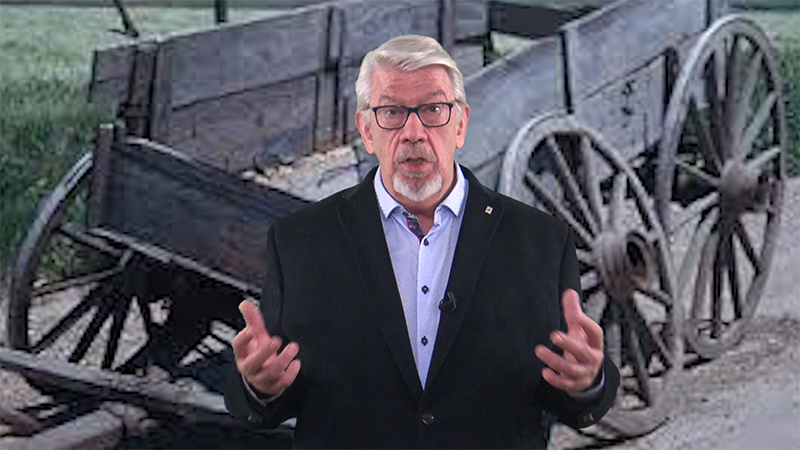 […] established in 1914 is really true.  Which brings us to the second problem with this statement.  The kingdom of God was not established in 1914.  So they are asking us to put faith in a thing, not a person, which turns out to be a fiction of […]

[…] already shown that the presumptive presence of Christ in 1914 is based on false assumptions.  It follows that subsequent events said to occur in 1918 and 1919 would also be false, since […]

Jehovah Guides His People in the Way of Life | Beroean Pickets - JW.org Reviewer

[…] that is open to interpretation.  As for Satan being cast down, we’ve already proven that 1914 is false, so while we can’t be sure when this occurred, there is no basis for assuming it was in that […]

Neil
Reply to  Jehovah Guides His People in the Way of Life | Beroean Pickets - JW.org Reviewer

NWT has an Incorrect translation of John 12:31: Berean Literal Bible says-“Now is the judgment of this world; now the prince of this world will be cast out.” New Living Translation -“The time for judging this world has come, when Satan, the ruler of this world, will be cast out.” No other translation I know of puts this event off into the future like the NWT does but refers to the time Jesus was there. Compare Lu 10:18. A wave of persecution followed Jesus death which could relate to Satan being cast out having great anger. Why would God allow… Read more »

Thanks for bringing that to our attention, Neil. I’ve come to believe that both Scripture and historic events support the idea that Jesus was thrown out of heaven in the first century. It may even have taken place immediately following the death of Christ, which would explain why Michael is taking the lead in that war. Whatever the case, we’ll know when we meet Christ. For now, it’s good to know that one more Scripture can be added to the list of forensic support to that understanding. More and more I’m learning not to trust the NWT, but to check… Read more »

I think you meant Satan instead of Jesus. In regard to point 1, this should be a major awakening for many witnesses as new light tells us we ought to be reluctant to assign an antitypical application to a certain Bible account or “person” if there is no specific Scriptural basis for doing so.(w15 3/15 Questions from Readers) So what is left to prove 1914? Perhaps we should revisit the great pyramid of Giza! Ha Ha ?

It’s not enough that we must face the betrayal of sexual assault, it would now appear that everything we have been taught and lived by poses a question… I was not prepared for the depth of this betrayal… I remember researching so thoroughly when first I studied with the witnesses.. My one stumbling block, was …. ‘was the Bible in fact from God’ When the witnesses proved that and I proved that with so much study, I believed and accepted everything else.. Meleti I admire your stamina and research ability and I thank you for your continued articles… I’m absolutely… Read more »

[…] of the core teachings of Jehovah’s Witnesses are false.  We teach that Christ began to reign in 1914, which we have shown in this forum to be untrue.   We teach that the majority of Christians have […]

Feeding Many Through the Hands of a Few | Beroean Pickets

Regarding assumption 1 and 3: “Nebuchadnezzar’s dream from Daniel chapter 4 has a fulfillment beyond his day.”, “This prophecy applies to the enthronement of Jesus Christ.”
Well, no, there is one: The basest of men. This seems to point to Lord Jesus.

Personally I have never disagreed that the kingship of Jesus is alluded to be the dream. After all the whole of the Hebrew scriptures in some way shape or form point to the sacred secret as revealed in Jesus Christ. The very statement “and that to the one whom he wants to, he gives it”, which immediately precedes the quote you gave, has only one answer in the big picture. We know who He ultimately wanted to assign over mankind, and that being His purpose He carried it out. What is in question is not whether this tells us about… Read more »

In your Assumptions 5 & 6, and particularly “The 70 years of servitude refers to 70 years in which all the Jews would be exile in Babylon.” Whereas the 70 years were fulfilled toward “all these nations” given to the king of Babylon as foretold in Jeremiah 25:8-12 and to which Ezra says Jerusalem was “lying desolated” until it had “paid off its Sabbaths”—did it in fact pay off its Sabbaths? (2 Chronicles 36:21) In all of our illustrations depicting the evacuation of Jerusalem in 607, we see the temple burning and in ruins. If that had been the case,… Read more »

Feeding Many Through the Hands of a Few | Beroean Pickets

“The seven times of the dream are meant to represent 360 years each”. In Dan 4: 16, 24 the Aramaic word for “times” is Iddan . In the Theological Wordbook of the Old Testament (2900) Iddan is defined as time (general), period, span, year, era. Two basic meanings are equally a “point” in time or a “span” of time. So we cannot say with certainty how long the “seven times” were. The NASB translates seven times more accurately as “seven periods of time”. The same would also apply to Dan 7:25 with reference to “time, times and one half of… Read more »

Indeed, this is a point that I have raised with Meleti previously. It is also one of the points that I shall be including in the forthcoming discussion on the doctrine of 1914. Meleti is moderating an offline exchange which will subsequently be published in one or more articles.

Thank you for the article…very interesting and informative…this core belief is based purely on speculation and yet taught as a fact.

Another interesting examination of this subject Meleti. I cannot help but wonder what the situation would have been if some significant historical event had occurred in 1874. Would Russell’s successors (including us) ever have been able to let it go? Even well into the 20th century it was still being taught that the Lord’s presence began in 1874. The evidence that was being presented in support of that? Consider the following extract from the 1927 book “Creation”. —————————————— It was in the year 1874, the date of our Lord’s second presence, that the first labor organization in the world was… Read more »

Thanks for sharing that insight with us, Apollos. It proves that for at least 50 years, and well past 1914, we believed that the second presence started in 1874. I wonder for how many more years we continued to have that idea. What good is a sign if it doesn’t identify the epoch in question until decades too late? Officially, we still believe that the signs in Mat. 24:3-31 are there to help us see his invisible presence. There have often been wars, famines, and pestilences occurring together. Only the additional feature of the sign occurring simultaneously testify to its… Read more »

How about Rutherfords book Prophecy written in 1929? “The scriptural proof is that the second presence of the Lord Jesus Christ began in 1874 AD” (page 65)

I was so shocked by the fact that as late as 1927 we still believed the presence of Christ began in 1874 that I completely missed the main thrust of your comment. I see is now and it calls to mind the inspired words of 2 Peter 3:5 “For, according to their wish, this fact escapes their notice…” This shows that we believe what we want to believe. To believe truth, we have to want to believe in truth. Otherwise, we are very susceptible to this all-too-human tendency to believe our pet theories are true and to find evidence for… Read more »