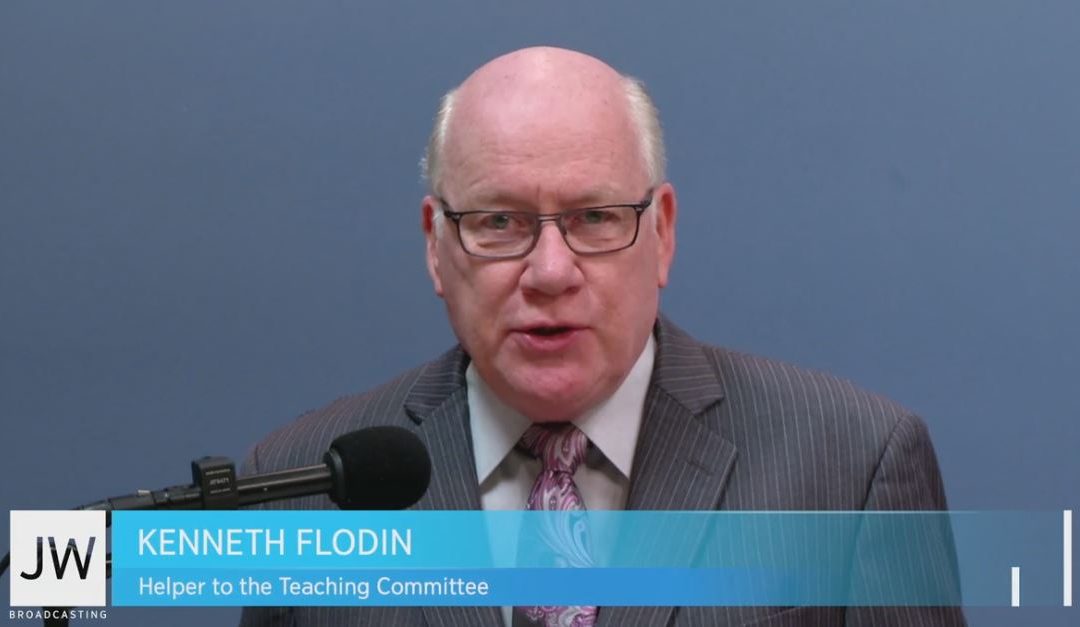 There is a Morning Worship video on JW.org delivered by Kenneth Flodin, Helper to the Teaching Committee, titled, “This Generation Will…Not Pass Away”.  (See it here.)

At the 5-minute mark, Flodin says:

“When our current understanding first came out, some quickly speculated.  They said, “Well, what if a person in his forties was anointed in 1990?  He would then be a part of the second group of this generation. Theoretically, he could live into his eighties.  Does that mean this old system is going to continue, possibly till 2040?  Well, indeed that was speculative.  And, ah, Jesus…remember he said that we weren’t supposed to find a formula of the time of the end.  In Matthew 24:36, just two verses later—two verses later—he said, “concerning that day and hour, nobody knows.”

“And even if the speculation is a possibility, there’d be very few in that category.  And consider this significant point: There’s nothing, nothing, in Jesus’ prophecy that suggests those in the second group alive at the time of the end would all be old, decrepit and close to death.  There’s no reference to age.”

Here Flodin mildly rebukes the reasoning that some use to set an upper limit to the length of the generation, terminating in 2040.  ‘This is speculative’, he says.  This appears like reasonable thinking, but then he immediately undermines his own logic when he next says, “even if the speculation is a possibility, there’d be very few in that category.”

What are we to take from that?

While acknowledging at least the possibility that the speculation could be true, he shows it would be improbable because there would be “very few in that category”—meaning that too many would have died off to make the possibility likely.

What are we to conclude?

Given that the end must come before all of the second group are dead, the only option Flodin leaves us with is that it will likely come sooner than 2040.

Next, in a backhanded boost to this kind of thinking, he says, “There’s nothing, nothing, in Jesus’ prophecy that suggests those in the second group alive at the time of the end would all be old, decrepit and close to death.”

The current Governing Body are representative of this group.  If they will not be “old, decrepit, and close to death” when the end comes, how much time is left?  Again, while appearing to condemn those setting a time limit, he strongly implies the time left is very short.

While saying that Jesus said we were not to “find a formula of the time of the end” and adding that those who tried it are engaging in speculation, Flodin is leading his listeners to no other conclusion other than to believe the end is likely much closer than 2040.

For the vast majority of Jehovah’s Witnesses serving today, this kind of reasoning is new, and likely very exciting.  There is however a relatively small group of older ones for whom this presents an unpleasant reminder of past failures.  I’ve often heard newer ones dismiss 1975, saying that we never really said the end was coming then, but that it was just some brothers getting carried away.  Having lived through those days, I can attest that this was simply not the case. (See “The Euphoria of 1975”)  Nevertheless, the publications were carefully worded to engender belief in the significance of that year without actually fully committing to it.  The reader was left with no doubt as to what he was expected to believe.   And here we go yet again.

The misapplication of Matthew 24:34 has misled thousands and changed the course of countless lives; and here we are doing it yet again, but this time with an entirely fabricated doctrine based on a definition of generation that is nowhere to be found in the Bible, nor in the world for that matter.

Articles by Meleti Vivlon.
← Jehovah Guides His People in the Way of LifeAbiding In Christ → 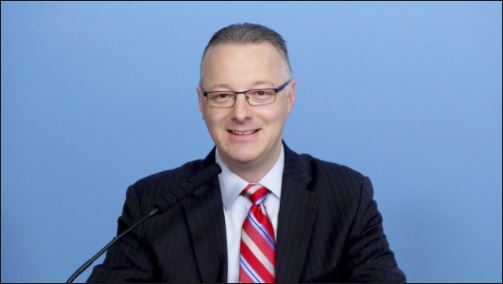 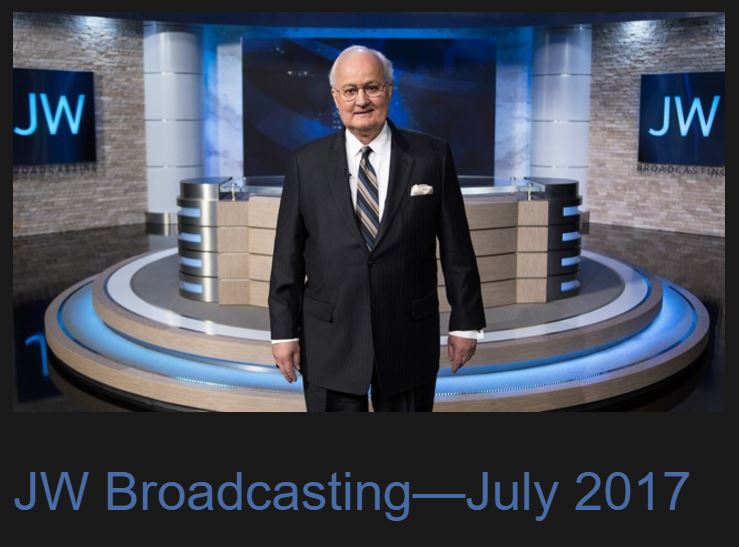 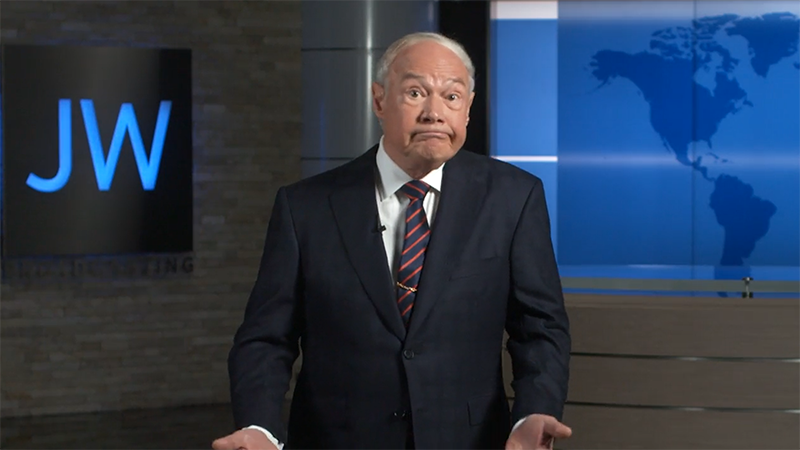 […] the end will come before the current members of the Governing Body are old and decrepit.  (See They’re Doing It Again.)   Given their ages, we’re talking in the 8 to 10 year range—15 […]

Welcome, Roddles. Yes, you are correct. Linking the end to the current Governing Body really shortens the time left to them.

“Trust in Jehovah and Do What is Good” | Beroean Pickets - JW.org Reviewer

[…] Why would Noah want the Flood to come sooner?  The time was predetermined and apparently made known to God’s faithful servants back then. (Ge 6:3)  It seems that the Governing Body is trying to deal with the increasing level of disillusionment among Witnesses who have seen too many failed prophetic interpretations concerning the end.  The current one has them believing that Armageddon will come well before the current Governing Body dies of old age. (See They’re Doing It Again.) […]

Here we are now well into our study of this book, it is tough to keep a poker face. I’m having real difficulty not discussing it with others since some of the false statements are so obvious. Especially when I take into consideration this weeks study article “They Broke Free From False Religion “.

The Rise and Fall of JW.org | Beroean Pickets - JW.org Reviewer

[…] Kenneth Flodin, a Helper to the Teaching Committee, gave a video presentation on JW.org in which he rebuked those using the latest generation doctrine to calculate […]

If you, in all sincerity, were to predict something was going to happen very soon – within a decade or so – and strongly encourage people to make life-altering decisions based on your prediction, what would you do if your prediction didn’t come true? Would you expect a mature Christian to apologize and to manifest a sincere desire to not repeat the offense? Or would you expect the mature Christian to wait a few decades and then, after concocting a preposterous justification, do the exact same thing all over again? No apologies, no remorse – not even a little self-consciousness… Read more »

First off, we have to put this video in it’s proper context, this video premiered nearly 1 month after the September broadcast talking the Nonsense of the Generation Teaching Non sense. Why???? Well first off, during that time the CO’s were making there round’s and guess what almost in every talk they mention how the September Broadcast Cleared Up this Teaching. No really he used the word teaching, and How Splain Excellent Explained it…HOLD FOR Laughter…. Right!! Anyway a lot of people were even more confused cause there is no Biblical Teach That The Bible Teaches of this. And so… Read more »

Each attempt at discussing the generation is an undermining of the GB credibility. I wonder how many will be stumbled this time. Oh, by the way, thanks for pointing me to the article “labeling the apostate”, Meliti.

Actually, it is quite remarkable the mileage they continue to get out of this often-reworked doctrine. Most Adventist-style religious offshoots collapse when their predictions fail, yet JW leadership has successfully re-crafted this and other doctrines time and again and continued to engender excitement in false expectations. Now almost eight million are buying into this.

Hi Meleti. I haven’t read those 3 articles, yet it appears we are on the same page. Just another example that shows that the truth is SIMPLE and Jesus can bring about unity of thought through the working of the HS. I’ll be reading those articles soon to see if there’s more I can learn. I do appreciate your articles, so remember that your time invested is worth it! This meandering of the GB reminds me of a mechanic that guesses at what the problem on your car is. He then tell you that you need Part “A” replaced. You… Read more »

Their engaging in this speculation is another point showing how barren their tree of knowledge, teaching and understanding is. They know that the scriptures tell us that no one knows the day or the hour. But when did the scriptures being silent on things ever get in the way of driving up anticipation?

There is no spirit directed insight here. Purely musings of men who use double talk, veiled as being directions from God. Sad.

I’m really trying not to sound negative here. The end part of the video concentrated on how right we have been. The exact date of baptism of that old chap did not even matter to the doctrine just pushed. And this was a Morning what?

Doing it again? Sure. Up to now we could do it 1-2 times per generation. I mean, real generation. Because older ones have been trained to keep silent and young ones have always been eager to ignore the past and learn their own lessons. I think Internet is changing the game though. It allows to make our past errors so visible that speculations fueling world end expectations can really work only on the young ones raised in “truth”. Because they are the only people in the world who won’t look beyond jw.org. I am just an unbaptized publisher myself. It’s… Read more »

I haven’t seen the video yet Meleti, but let me guess…The message went something like this: “Jesus did not mention a generation so we could make some calculation….and we shouldn’t be making any calculations….but if you really want to make some sort of calculation…this is a calculation that will get you pretty close……” Sounds like the Feb 15/08 Watchtower allllllllll over again! Just to show you how confused they are at the top, the Feb 15/08 WT referred to the group older than Joseph, then Joseph, then those that lived after him…three groups! Then the June 15/10 WT box on… Read more »

I believe you are correct in saying “Jesus was only talking about the wicked “generation” that rejected him”. I did a three-article analysis of this starting with This Generation – A Fresh Look. It was cathartic to finally abandon all the JW preconceptions and allow the Bible to speak for itself.

The first line should read ” When our current speculation first came out, some quickly speculated……….”

The whole twisted mess makes the mind boggle doesn’t it!