Sitting in the Seat of Moses

At Matthew 23:2-12, Jesus condemned the prideful scribes and Pharisees for burdening men with heavy loads.  He said, in verse 2, that they had “seated themselves in the seat of Moses.”

What did he mean by that?  Why pick Moses instead of other faithful men like Abraham, King David, Jeremiah, or Daniel?  The reason was that Moses was the Law Giver.  Jehovah gave the law to Moses and Moses gave it to the people.  This role in pre-Christian times was unique to Moses.

Moses talked face to face with God.  (Ex 33:11)  Presumably, when Moses had to make a concession to the law code, such as the certificate of divorce, he did this after discussing it with God.  Yet Moses was the one seen as giving the law. (Mt 19:7-8)

Someone who sits in the seat of Moses makes himself into a lawgiver, the intermediary between God and men.  Such a man presumes to speak for God and to lay down rules that are to be obeyed; rules carrying the force of divine law. This was what the scribes and Pharisees were known for doing.  They would even go so far as to punish with disfellowshipping (expulsion from the synagogue) any who defied their rules.

The Governing Body of Jehovah’s Witnesses has often used the rebellion of Korah to denounce anyone who should dare to question any of their directives to the congregation.  So if those who question the dictates of the Governing Body are likened to Korah, whom should we liken to Moses?  Who, like Moses, is making rules that men must obey as if from God?

In the video from last week’s CLAM (Christian Life and Ministry) meeting, you were taught that it is more important to attend the meeting you are assigned to then to provide the proper means of life for your family.  (1Ti 5:8) Please note that the brother in question could have gone to the same meeting at a different time in another congregation and thus have avoided all the suffering and stress his family experienced for many months.  Yet, because he refused that way out, he is put forward as an example of Christian integrity for all to follow.

So the rule that is being held up as so important that one should be willing to sacrifice the physical and financial well being of one’s family, even at the risk of failing to obey the command at 1 Timothy 5:8, is a rule of men.  Men, not God, are telling us that attending the meetings at the congregation where we are assigned is of such vital importance that any challenge to our attendance is a test of faith.

Putting a rule of man up at the level where failure to comply is seen as a question of integrity firmly seats the Rule Maker in the seat of Moses. 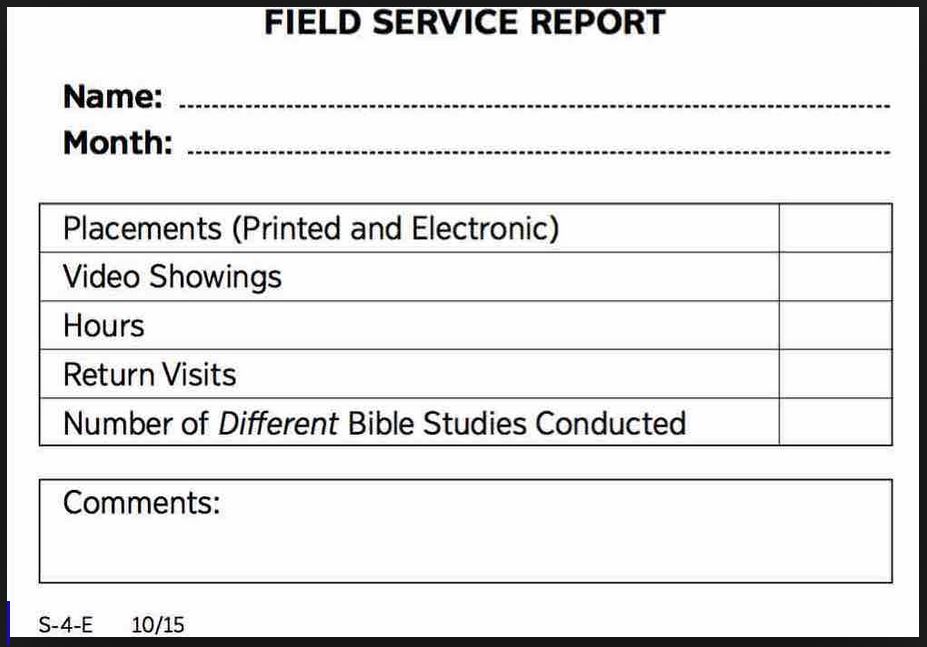 Should You Report Field Service?

Video is such a powerful tool. You can give a clear message that, when challenged, can be plausibly denied. It’s not in print. It wasn’t explicitly stated. “No brother, we never said that. We never told you to quit your job, we never told you to hang up on your disfellowshipped relatives and we never told you that if you just went to meetings and out in service your life circumstances would dramatically improve. And we certainly never said we’d give you even one red cent if the implied promise of a ‘better job with shorter hours and closer to… Read more »

Yes, videos have a subtle and yet profound effect on the psyche. All they have to show is a ringing telephone that the mother doesn’t pick up and millions of mothers throughout the world know what the GB wants them to do with their dfed children.

Truly it must create some consternation at HQ for those assigned to “track the troublemakers” who still attend the Hall and go home and dismantle their “theology” publicly . It brings me some great sense of delight when it is done with such ease and accuracy .