I believe we all (ex-Witnesses) share similar emotions, feelings, tears, confusion, and a broad spectrum of other feelings and emotions during our awakening process. I have learned much from you and the other dear friends linked to your websites. My awakening was a slow process. There are similar reasons we share in our awakening.

The 1914 teaching was a biggie for me. After researching the topic in depth, I realized that there was one primary reason for the teaching of the overlapping generations, and that is, the Governing Body must have it work. Without it, there can be no inspection in 1918, thus no Governing Body appointment. Therefore, it is vital it works.

This was a large part of my awakening, but not the largest part. I also became concerned deeply concerned over the gradual process of the micro-managing of talks, parts at meetings, scripted demonstrations, all to fit exactly what the Governing Body wanted us to say. Over the years, I observed it push aside the expressions of faith of the friends. This deeply concerned me, as the focus became more and more about saying and presenting the material exactly the way the leadership wanted. Where was our expression of faith? It slowly disappeared. It was my opinion, before I ceased meeting attendance in 2016, that the time was coming whereupon  we would be saying, by script, exactly what the Governing Body wanted us to say at the door in the ministry, almost word for word.

I remember the last time I worked with the Circuit Overseer. (I never worked with another.) It was the fall of 2014. I went to a door with him and used the Bible only—something I had been doing on occasion (every 20-30 doors roughly). When we got back to the sidewalk, he stopped me. He had a very straight-forward look in his eyes, and upsettingly asked me, “Why didn’t you use the offer?”

I explained to him that I occasionally limit myself to only using the Bible to keep the scriptures fresh in my mind. He said, “You should be following the counsel of the Governing Body.”

Then he turned and walked away from me. I was beside myself. I had just been reproved for using God’s Word at the door. This was huge for me! It was a large catalyst to my leaving.

When we walked into the conference room, there were two large flat-panel TVs side by side on the left wall. There was an enormous conference table. To the right, there were the windows which overlooked the lake. They had special blinds which closed and opened by remote control. There was a desk of a previous Governing Body member—I cannot recall which one. It sat immediately to the right of the door as you walked in. Directly across from the front door, and opposite the conference table, there was a large, beautiful painting of Jesus holding a sheep with other sheep around him. I remember commenting on it, something along the lines of, “What a beautiful painting of Christ holding the sheep. He cares much for us all.”

He told me that the painting had been done by a now-deceased member of the Governing Body.  He explained that it depicted the sheep in Jesus’ arms as representing the anointed ones of Jehovah’s Witnesses. The rest of the sheep represented the great crowd.

The very moment he uttered those words, I felt a sickness run through me that I cannot explain. That was the first and ONLY time I had ever, in all the years and tours we had taken, felt like I needed to get out of there immediately. It hit me like a ton of bricks! The more I had studied, the more I was already coming to realize the unscriptural basis of that doctrine. The other matter which led to my awakening, I believe, was far simpler in its essence than anything else, since it required no deep study time on my part . . . just reasonableness. Over the many years, I had observed many, many, many wonderful God-fearing, very loving people in the organization leave. There were many and varied reasons for their departure. Some left due to deep study and disagreement with doctrine. I know of many who left because of the way they were treated by others in the congregation.

There is one sister I recall, for example, who loved Jehovah so very much. She was in her early thirties. She pioneered, worked hard for the organization. She was humble and always took time to walk up and speak with a number of friends who often would sit quietly before the meetings. She truly loved God, and was a very righteous person. I know of a few pioneers in her congregation that treated her as an outcast. Why? Her husband, who was much like her, began doubting the teachings. He grew a beard, but kept attending meetings. I was in car groups when friends, behind his back, would say sly and unkind expressions about his beard. He caught wind of the talk and stopped attending. I was furious at the pioneers for doing this. I should have spoken up, but I keptquiet about it. This was in the mid 90s. The pioneers treated her unkindly, because she was married to him; no other reason! I remember it all well. A pioneer brother once told me regarding this particular clique of pioneers, “I worked with these sisters this last weekend, and I will never work with them again! I will go out by myself, if there are no brothers to work with.”

I understood completely. Those pioneers had quite the reputation for gossip. Anyway, this wonderful sister took the unkind insults and gossip, but still remained for a few years. I approached one of the pioneers and threatened to speak to the overseers if the gossip didn’t stop. One of them just rolled her eyes and stepped away from me.

This kind sister stopped attending meetings and was never seen at them again. She was one of the most loving and true worshippers of God I have known. Yes, the largest part of my awakening came from observing so many of these loving friends leave the organization. But according to the Governing Body’s teaching, they are in danger of losing their lives since they are no longer part of the organization. I knew this was wrong, and unscriptural. I knew it not only violated the thoughts of Hebrews 6:10, but other scriptures as well. I knew all these ones could still be acceptable to our dear Lord, Jesus without the organization. I knew the belief was wrong. After engaging in deep research for an extended period of time, I proved it to myself. I was right. Christ’s dear sheep are found all over the world, in many Christian faiths and congregations around the globe. I must accept this as fact.  May our Lord bless all those who love him and awaken to the truth.

Articles by Meleti Vivlon.
← Awakening, Part 1: IntroductionDo You Have The Facts? → 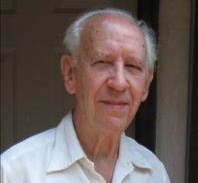 An Email from Raymond Franz 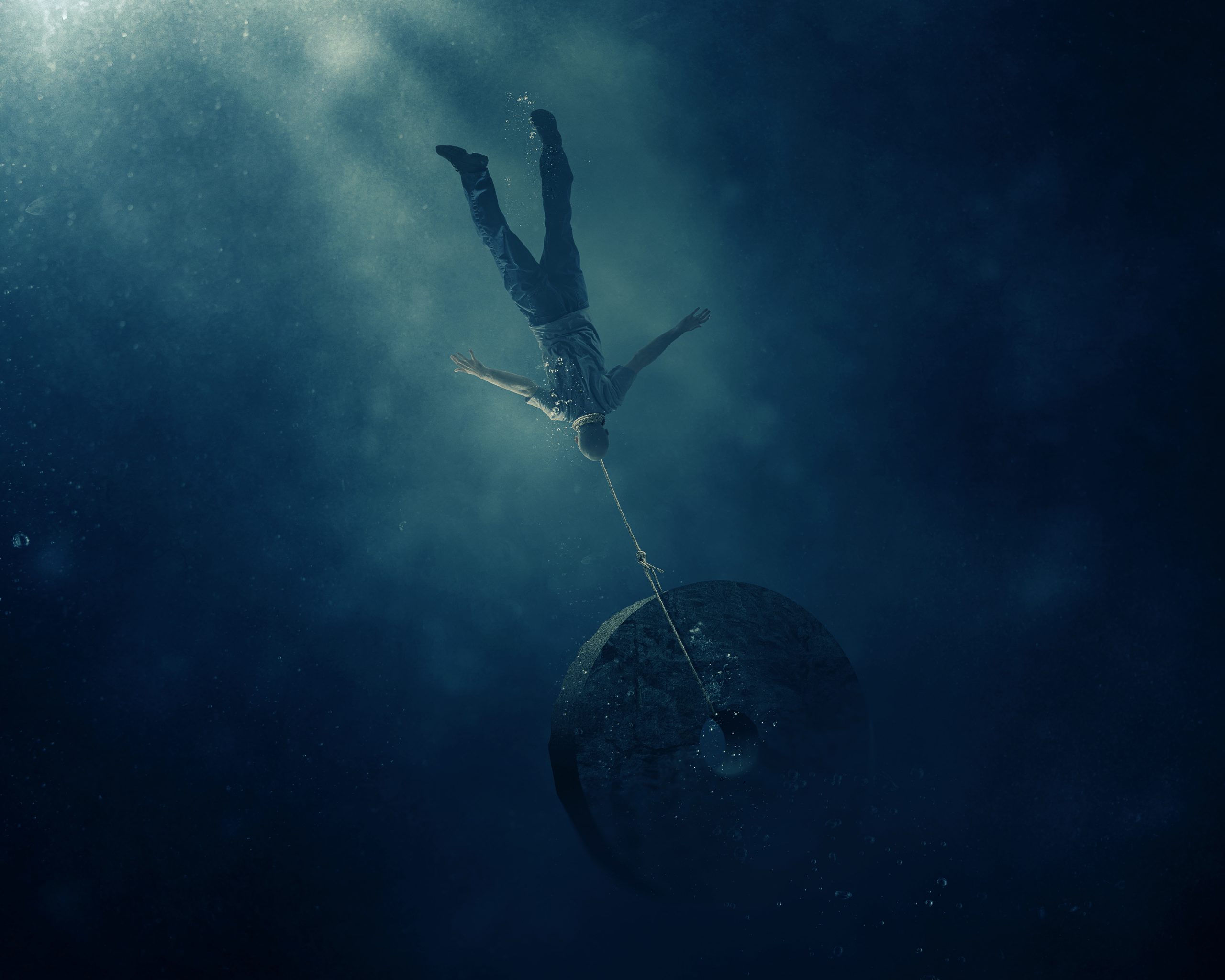 A wonderful testimony. I can’t agree more. I have been a JW since 1970 and like you have seen many changes. Since my eyes have been opened I have a much deeper understanding of Scripture and the love Christ has for all of us. The biggest thing that opened my eyes is the unscriptural practice of shunning family and shunning others whose only “crime” is disagreeing with the organization. I then read Crisis of Conscience and In Search of Christian Freedom by Ray Franz. Ray expresses my feelings exactly! May our Lord continue to bless you!

Thank you BKT, you experience helps to confirm what many others have also concluded correctly.I like the poignant instances you describe and how they impacted on you, leading to your present circumstances. After writing about them you may have thought that they may not be fully understood. But rest assured, that at times these brief “snap shots” (Such as the painting of Jesus and the sheep) can have the greatest impact because they deliver a message so clear, so powerful, and so complete in meaning that there is no room for doubt as to the intent or as to how… Read more »

Thank you for your expressions. Oddly enough, my experience, although with some different details, completely parallels yours. I think there are many many more like us. As more awaken, reading experiences like yours can be a powerful motivator to help others in their waking up process. Grace and Peace to you.

Thank you for giving your experience. Your experience brought back many memories of the ones I adored and respected in the congregations. The ones who you knew loved Jehovah and whose motives were pure. They wanted no recognition. They just loved what we knew as “the Truth” and people. I left about the same time as you and I really miss those ones. I hope in time all of these ones can reconnect.