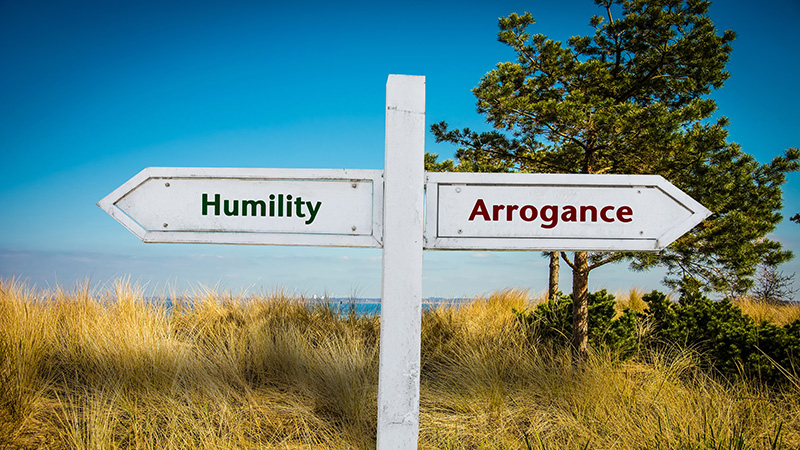 The questions discussed in this week’s study article are:

Proverbs 11:2 says, “Has presumptuousness come? Then dishonour will come; but wisdom is with the modest ones”. Proverbs 29:23 adds that “the very haughtiness of earthling man will humble him, but he that is humble in spirit will take hold of glory”.

According to paragraph 3, Philippians 2:3-4 shows that “the humble person acknowledges that everyone is superior to him in some way”. The definition of “superior” is “higher in rank, status or quality”. Therefore, according to the Organization, a humble person acknowledges that everyone has some quality that is higher in rank or status than he himself has, but is that what the verses in Philippians mean?

Jesus reminded his disciples in Matthew 23:2-11 not to be like the scribes and Pharisees who lorded it over others. The disciples were to avoid the Pharisaical way of thinking as if they were higher in rank, status and quality than the “people of the earth”. Jesus taught, “all you are brothers…for one is your teacher” and “the greatest one among you must be your minister [servant, literally: going through the dust]”. (Matthew 23:7-10) He confirmed this when he said “whoever exalts himself will be humbled, and whoever humbles himself will be exalted”. (Matthew 23:12)

Clearly, though we should not exalt ourselves over others, is it necessary or even right to exalt others over ourselves? If we do that, could it not lead to problems for others trying to keep a humble attitude? Let us examine Paul’s words more closely to see if the right understanding of Philippians is being given in The Watchtower article.

A review of a Greek interlinear translation of Philippians 2:3-4 reads:

“Do nothing according to self-interest or according to vain conceit, but in humility be esteeming one another as surpassing themselves”.

“Esteeming” is “to respect and admire others” and “hold in high regard” and conveys a meaning somewhat different than The Watchtower article that suggests we should hold others superior to ourselves. “Surpassing” in Greek literally means “have beyond”. It would be reasonable, therefore, to understand this verse as saying: “in humility, be respecting and admiring others as having qualities beyond our own”.

In fact, is it not true that we can esteem others, respecting and admiring them, and holding them in high regard, even though they may not be capable of doing things better than us? Why? Because we appreciate their hard work, their attitude, and making the best use of their circumstances. For example, one may be better off in a material way than someone else, but the wealthier person can still respect and admire how well the less wealthy person endeavours to make ends meet, including the astuteness of his purchases. Thus, while being materially less well-off, a person may still be able to have more per unit of income ($ or £ or €, etc.) than the person with more money.

In addition, good marriages are founded on accepting and applying the principles of respecting and admiring (esteeming). As each partner surpasses the other in some qualities, there will be instances where one or the other can take the lead and benefit the partnership. Neither is superior to the other since people naturally exhibit different qualities to different degrees. Also, respect and admiration are necessary in a successful marriage for another reason. For even though the wife may be weaker in terms of physical strength, her contribution to the marriage should be respected for the strong contributions that she can make.

True humility is a state of mind and heart. A humble person can still be confident and forthright while a polite person may actually be prideful.

Why Should we Cultivate Humility?

The answer given to this question is scripturally accurate. Paragraph 8 states:

“The most important reason for us to cultivate humility is that it pleases Jehovah. The apostle Peter made this clear. (Read 1 Peter 5:6)”.

1 Peter 5:6 reads “Humble yourselves, therefore, under the mighty hand of God, so that he may exalt you in due time”. Expanding on this, the Organization adds from its publication “Come be My Follower” in paragraph  9:

“Few of us enjoy dealing with people who always insist on their own way and who refuse to accept suggestions from others. By contrast, we find it refreshing to deal with our fellow believers when they show “fellow feeling, brotherly affection, tender compassion, and humility””.

Let us see if the organization follows its own counsel.

A sister[i] recently disfellowshipped for apostasy was asked “Do you think you are the faithful and discreet slave?” for questioning the teachings of the Governing Body on Daniel 1:1 and Daniel 2:1; this was due to her siding with the scriptural statement rather than the interpretation as given by the Governing Body (the Organization’s interpretation is that the 3rd Year of the Kingship of Jehoiakim was not his 3rd year, but rather was his 11th year [ii] ). According to one of the elders of her judicial committee, “The prophet Daniel is not a channel Jehovah is using today”! This comment appears to minimize the importance of the book of Daniel while raising the prominence of the views of the Governing Body.

We can reflect on the following questions when deciding on whether the Organization shows humility:

When was the last time the Governing Body took any suggestions from any Witnesses or others?

Have they changed any policies to better protect Witness children from abuse?[iii]

Have they changed their unscriptural policy on disfellowshipping despite being against shunning[iv] as practiced by other churches before the 1950’s?

What Situations can Test our Humility?

According to the Watchtower article, there are three situations (that are notably repeated in the publications of the Organization) that especially require humility. These are:

Paragraph 13 states, “When I see others receive privileges, I sometimes wonder why I was not chosen,” admits an elder named Jason. Do you ever feel that way?”. There could be many reasons. Perhaps some are genuine, perhaps the elder named Jason does not have the required skills or abilities, and perhaps it may also be the result of favoritism. Jason may simply not be a favourite of those bestowing privileges.

This article is a missed opportunity for the Governing body to show humility. As we reflect on their decades of repeated failed predictions of the coming of Armageddon, we must ask ourselves why they have not apologized to everyone in the organization. Is this a lack of humility that they show? Can we see it in any other light?

[i] This recently disfellowshipped sister is personally known to the review writer.

[iii] A search of this site will provide many articles discussing this problem and the lack of action by the Organization.

[iv] A very good comprehensive in-depth factual article on the history of Disfellowshipping in the Organization can be read here. https://jwfacts.com/watchtower/disfellowship-shunning.php

Thank you Tadua. I may not mention it often, but I really appreciate the effort you put in week in and week out. What is humility ? The word derives from the Latin “humus” meaning “ground”, or “humilis” meaning “lowly”. The Greek “tapeinos” means low lying. If we suffer from pride, we cannot see the viewpoint of people below us. On the contrary, it is not lack of humility to be unable to see the viewpoint of those above us. It is the responsibility of those who know more, the ones considering themselves superior, to come down to the level… Read more »

Hello Tadua and all, Please bear with my long comment in relation to this Watchtower study review by Tadua. I wish to make a point about the Watchtower article. I have to write about this. Perhaps emojis would work. The Watchtower article mentions Karl F. Klein as an example of humility. Also the article mentions his position in the organisation. During his time on the Governing body, the issue of alternative military service for conscientious objectors was raised by a letter sent to the writing committee in November 1977 by a Christian concerned with the current teaching on the matter… Read more »