Readily Submit to Jehovah – Why and How? 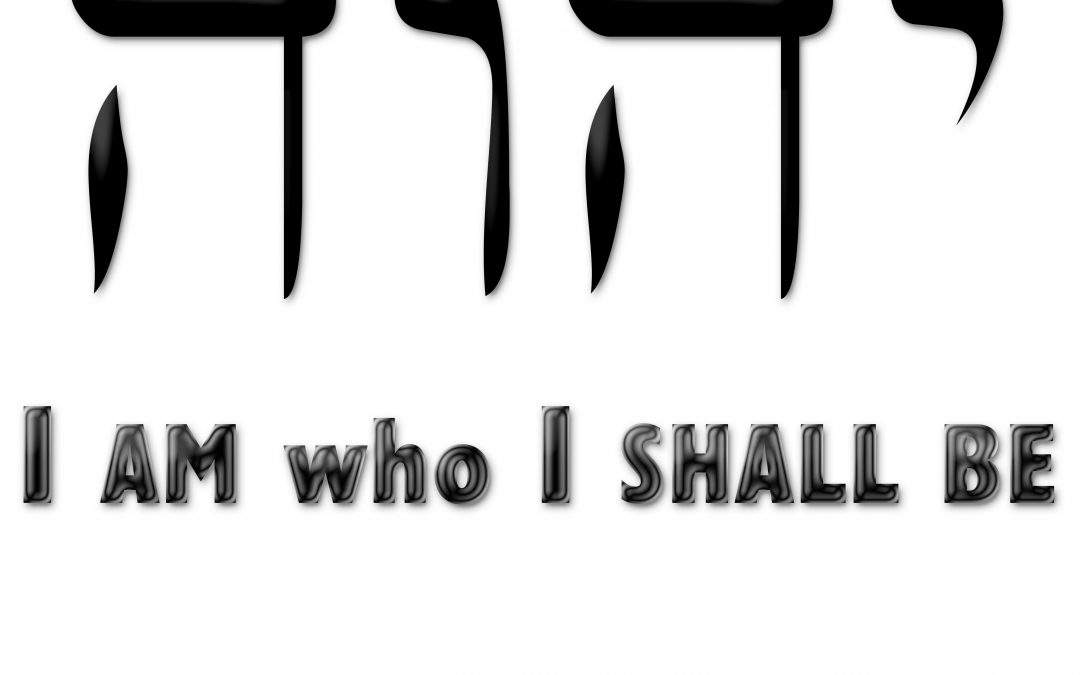 “Should we not more readily submit ourselves to the Father?”—Hebrews 12:9

This Watchtower study article is based on the truth that we must submit to Jehovah’s way of ruling because he is our Creator and has the right to set standards of right and wrong (Revelation 4:11). So in realizing the value of his wise rulership, we are to submit to Jehovah’s direction willingly because his way of ruling is the best and because God’s people do not view the concept of submission in a negative way. Paul explains that we should “readily submit ourselves to the Father” because he trains us “for our benefit.”​ Hebrews 12:9-11. The content of the article breaks down the idea that submitting to Jehovah can be a challenge because we have rebellious tendencies (Genesis 3:22) that need to be squelched. This article can be viewed as having the purpose of persuading the members of the organization to be more compliant to its ruling authority, as parroted by the elders. Can we observe how this article steers the rank and file brother and sister to be more compliant with the Organization and its policies by making those policies synonymous with Jehovah? Can we see how the interpretation of “Jehovah’s requirements” are really the requirements of men who seek power over others?

Another plug of the anti-education, anti-well-paying job agenda.

A brother (well known to the reviewer who needs to remain anonymous) currently has a reasonably well-paying job in a profession. He has generally never had to work overtime in that job, and then only always because of employer emergency request. On the other hand, when he was in a lower paid, non-professional position, he frequently needed to work overtime. Why? Because he could not fulfill his family responsibilities on a basic level without receiving the extra income it provided. He, like so many other young witnesses, did not get training or qualifications for reasonable, well-paying jobs because he believed the Organization’s propaganda that Armageddon was “coming soon” in the 1980’s. As a result, he came to regret that decision when he married and even more when he had children.

Why is this so-called “experience” given? No doubt it is because when Mary says, “I have to beg Jehovah to help me resist the temptation to accept work that could take me away from my service to him”, the reality is that a well-paying job might just take her away from service to the false message of the Organization, as a pioneer, or giving free labour to increase the Organization’s property portfolio. It is very doubtful whether she spends much time helping elderly or sick ones. Indeed, the reviewer knows a pioneer sister who has been a pioneer for over 30 years, with hardly any results, and is too busy to spend much time caring for her own elderly parent.

Submit to the authority of the elders

This is the theme of Paragraph 9 which claims “Jehovah has entrusted elders with the important responsibility to shepherd his people” and then references 1 Peter 5:2. The current NWT (silver grey) reads “Shepherd the flock of God under your care, serving as overseers, not under compulsion, but willingly before God; not for love of dishonest gain, but eagerly;” whereas the NWT Reference Edition reads as follows “Shepherd the flock of God in YOUR care, not under compulsion, but willingly; neither for love of dishonest gain, but eagerly;”. Do you notice the differences? Yes, the additions in the latest NWT are in bold. They are not in the original Greek text, but rather the Organization’s inserted interpretations.

Let us read the same verse in an Interlinear translation , with no intentional bias added to try and impose its authority on the flock. It reads as follows: “Shepherd the flock of God among you, exercising oversight, not under compulsion but willingly, and not for base gain, but eagerly.”

Do you notice how different a flavour of understanding this translation gives the reader? It is an appeal to shepherd (guarding, guiding), looking at with real concern, the flock around you, on a voluntary basis, not for money, but with a passion shown in advance.

Would not a concerned friend do this for a fellow friend? A friend has no authority over you, but if he cares about you, he  would perhaps warn you if he thought you were making a wrong decision. But would he expect you to obey him?

What a contrast from the Organization’s “serving as overseers”, “under your care” with all its implied authority. Also, the inserted phrase “before God” may be added just to try and add legitimacy to the authority as being God-given, or arranged by God. The articles’ phrase, “Jehovah has entrusted elders”, is all part of the claim of divine authority on the part of the Organization. In the past, did not Kings claim to rule by Divine Right? Yet, there is no evidence either physical (or written in the Bible) that God gave any King a right to rule, or any Elder a right to exercise authority over the congregation.

By contrast, Jesus’ view is recorded in Matthew 20:25-27: “You know that the rulers of the nations lord it over them and the great men wield authority over them. This must not be the way among you; but whoever wants to become great among you must be your minister [Greek “diakonos” – servant] and whoever wants to be first among you must be your slave.” A slave or a servant wields no authority over, nor acts as an overseer over, non slaves.

In paragraphs 10-13 there is some lightweight counsel for elders and some comments from elders. “Another longtime elder, named Tony, comments: “I try to apply the counsel found at Philippians 2:3 and constantly work at viewing others as superior to me. This helps me to avoid acting like a dictator.”

It is difficult to know for sure if this is a ‘manufactured’ opinion or a genuine comment. Either way, it betrays the underlying issue of pride that most elders have these days. What genuine slave would even dare to think, let alone say, that “this helps me to avoid acting like a dictator”? He needs a serious attitude adjustment and he will not be helped by this Watchtower article attempting to enforce his authority over his fellow brothers whom he is meant to be serving rather than ruling over.

Paragraph 13 contains a self-righteous sounding comment from an elder called “Andrew, quoted earlier, says: “At times, I have felt like responding unkindly to a brother or sister who seemed to be disrespectful. However, I have meditated on examples of faithful men in the Bible, and that has helped me learn the importance of being humble and meek”. Clearly, Andrew still has a lot to learn about humility and meekness, but he (if real) is the norm in terms of the superior attitude shown by many elders.

For Paragraph 15, words fail me. While King David was a good example in many ways, he could hardly be called a good example for fathers. Let us remind ourselves what good results he had with his children!

Some of His sons were:

While their sins cannot all be blamed on David, as his sons were adults when committing those wrongs, surely their upbringing had to be at least partially laid at the feet of David.

Paragraphs 17-20 discuss the example of Mary, Jesus earthly mother. It states “Mary knew the Scriptures very well. She had developed a deep respect for Jehovah and had formed a strong personal friendship with him. She was willing to submit to Jehovah’s direction, even though it involved changing her entire life course.​—Luke 1:35-38, 46-55”.

All the points made in this quote are accurate except for the statement in bold (bold ours). This is solely a conjecture and is not automatically a by-product of knowing the scriptures well and having deep respect and being willing to follow the Angel’s direction. Is this point made in order to emphasize the Organization’s teaching about the great crowd being able to be friends of God?

“Today, we can see the contrast between those who submit to Jehovah and those who reject his loving counsel. Those who do submit to Jehovah “shout joyfully because of the good condition of the heart.”​—Read Isaiah 65:13, 14”. This statement in paragraph 21 sounds like a feel-good sound bite said without feeling and conviction. Do the local congregations you know have any joy at all? They appear to be simply going through the motions hoping against hope that Armageddon will come soon, with many trapped who would like to leave but dare not.

In conclusion, does not this Watchtower lack in any real substance? It speaks volumes about the spiritual desert the Organization has become and the desperate need it shows to gain and keep control of people against the example and teaching of Jesus.

Thanks Tadua, While some I associate with found this article innocuous, I was highly irritated with the implications and what was between the lines. I particularly felt bad for women in paragraphs 18 and 19. They are instructed to ‘be willing to change their entire lives to please Jehovah’ . How? Obviously the most common application of this will be at the behest of a male representative’s ‘explanation’ of God’s will. (A husband, elder, circuit overseer). I’ve personally seen single pioneer sisters ruin years of their life because an elder or CO told them to move to a new apartment… Read more »

Well done Tadua. Your sharpness highlighted the poor translation of 1 Peter 5:2, which I probably would not have noticed. As you say, “before God ” is not in the text at all, while “exercising oversight” (Greek episkopeo) does not appear in the Kingdom Interlinear. The words “as overseer’s” and “before God” are not in the older reference NWT but in the (less recommended) grey NWT. It does seem that the words “exercising oversight” are based on other Greek texts, however. although I have yet to find a translation supporting the expression “before God”. On my list of dodgy bits… Read more »

Thank you, JA for pointing out that “before God” is in the text. It is not, however, in the 1985 Kingdom Interlinear, nor was it in the scripture4all.org interlinear version, which is the on line one I looked at. One would have thought that WT would have used their own Interlinear as a base, instead of leaving the rest of us totally confused as to which text they will be using next time we find a questionable bit of translation. How is one to know which text they are using ? Or is there a Kingdom Interlinear which I do… Read more »