Timing of the Memorial Celebration Nisan 14 2020

New Moon in the Western Sky begins the lunar month.

The Jewish Calendar consists of 12 lunar months of 29.5 days each, bringing the “return of the year” in 354 days, falling short by 11 and one-quarter days of the solar year length.  So the first problem in determining the date is to choose which new moon will mark the first month of the sacred year (as opposed to the start of the agricultural year which is 6 months latter).

In the 4th century of our common era the rabbi Hillel II established an official Jewish Calendar that has been in use since then.  A 13th lunar month is added 7 times in 19 years to make up the shortfall.  The long years (13 months) occur at the end of years 3, 6, 8, 11, 14, 17 and 19 in the cycle, which is named for the Greek astronomer, Meton, who first devised it in the fifth century before our common era.

This cycle pattern is similar to the black keys on the piano, representing the grouping of long years. 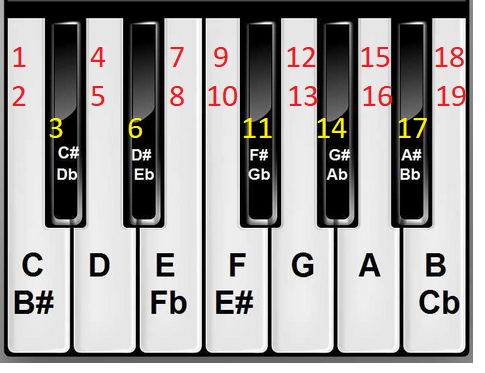 Jehovah’s Witnesses have followed this same pattern since the first World War.  However, their first year in the cycle occurs 14 years after the Jewish system, or 5 years earlier in the over-lapping scale of time. So in 2020, the Jewish calendar is at year 5 (12 months), while the Witnesses are at year 10 (also 12 months.)  The mis-matches between the two parallel systems occur in years 1, 9 and 12 of the Jewish system, when those years are short, whereas the Witnesses are observing long years 6, 14, and 17 at the same corresponding time.  Likewise, while the Jews are observing adar-adar, their 13th month in their years 3 and 14, Witnesses are starting Nisan a month earlier. This means that although Witnesses claim to follow the Jewish passover for Nisan 14, in 5 out of 19 years, there is a month difference in setting the date for Nisan 14.

According to this for 2020 (5780) both systems have a short year, with Nisan starting with the new moon just after the spring equinox.  That astronomical conjunction  of the moon and the sun will occur at 11:29 am on March 24th (28th day of the Jewish month Adar) Jerusalem time, with the sun setting just before 6 pm. In order for a star or a dark face moon to be visible, the sun must be at least 8 degrees below the horizon, and the body observed must be 3 degrees above the horizon.  Therefore, the new moon will not be visible in Jerusalem that evening, even with the best weather, and the next day will be the 29th of Adar.

The moon moves to the left of the sun when the sun is high in the sky in its daily arc, or it appears to rise above it at sunset at the rate of one diameter per hour or 0.508 degrees of arc out of 360.  Therefore to separate from the sun by the required 11 degrees, at least 22 hours of time must elapse after the time of conjunction or point of passing in the observed sky.

Sunset the next evening in Jerusalem on March 25th will occur at 5:54 pm local time (GMT+2), when the sun will descend below the horizon. Thirty-two minutes later the sun will be 8 degrees below the horizon, but the lunar month’s astronomical age will be 30.5 hours old, placing the moon about 7 degrees above the horizon, allowing for a visual sighting.  Therefore, Witnesses will start their month of Nisan at sunset on Wednesday March 25th.  This means that Nisan 14 will begin at sunset on Tuesday, April 7th, which is the evening set for the Memorial observance at Kingdom Halls and places of meeting.

(The above information is posted for the purposes of explaining the astronomy and calendar behind the setting of the date in 2020.  It is not to advocate attendance at the general non-partaking of the Lord’s Supper at the Kingdom Halls.  Nor is it to advocate that evening of April 7 as the only correct date for the Lord’s Supper.  In Mathew’s account Jesus makes no mention of memorializing his death by this communion fellowship, but rather he institutes a covenant of inclusion in his Kingdom with its partakers of his body and blood in the emblems of unleavened bread and red wine.  For further scriptural proof of the early Christian practice of gathering together in homes for congregation meetings and love feasts, see material below, first published in “The Christian Quest” Journal, Vol 1, No 1 – M James Penton, Editor  by permission.  Also see TheChristianQuest.org )

A Note on the Force of The Greek Phrase ὁσάκις ἐὰν at 1 Corinthians 11:25,26 and its Bearing on the Celebration of the Lord’s Supper:

At 1 Corinthians 11:25 (Rotherham), Paul quotes Jesus as saying: “This do ye, as oftensoever as ye drink it in remembrance of me.” This quotation of our Lord’s words at the institution of the Memorial Supper is similar to that found in Luke’s Gospel (22: 19), but here Paul supplies the phrase ὁσάκις ἐὰν (hosakis ean ) which is not given by any of the Evangelists, but undoubtedly was a part of the revelation which the apostle declares he received from the Lord himself. (1 Cor. 11:23) Paul repeats the phrase which is usually translated “as often as” in verse 26, in referring to the observance of the Supper in the church.

For two reasons the Greek phrase in question will repay a closer study than has heretofore been given it among many Bible students. First, in almost none of our translations is the force of the particle ἐὰν expressed (the literal Rotherham being a notable exception). The larger lexicons do bring it out, but few have access to those works or facility in their use. And, second, the true meaning of ὁσάκις ἐὰν may throw light upon a subject on which there is so much of opinion and so little of factual knowledge (to be derived from the Bible or any other source), namely, the question: What was the practice in the apostolic church with respect to how often the Lord’s Supper should be celebrated?

The meaning of ὁσάκις ἐὰν as given in Thayer’s Lexicon (page 456) is: “as often soever as,” with which other eminent authorities agree. For example, Robinson gives “however often.” The word ὁσάκις means: “as often as,” and the particle ἐὰν is generally equivalent to “soever.” The phrase, then, can only mean indefinite frequency, as stated by many of the foremost scholars. A reference to Rev. 11:6 (the only other occurrence of this phrase) will settle the matter for most students. There the witnesses have power “to smite the earth with all plagues, as often soever as they desire.”

THE CUSTOM OF THE CORINTHIANS

Paul writes to the Corinthians: “For as often soever as ye eat this bread, and drink this cup, ye do show the Lord’s death till He come.” From the context (1 Cor, 11:20-22,33,34), it appears that in the Corinthian church the Lord’s Supper was partaken of at the close of a social meal (an agapé or “love feast”), and so perhaps rather frequently. We notice that the apostle lays down no rule as to the time, but only as to the manner of the observance. A note by G.G. Findlay in The Expositor’s Greek Testament gives ὁσάκις ἐὰν its proper force: “Our Lord prescribed no set times; Paul assumes the celebration will be frequent, for he directs that however frequent, it must be guided by the Lord’s instructions so as to keep the remembrance of him unimpaired.”

Should I Partake at this Memorial?

When to Commemorate the 2015 Memorial

Join us for the 2021 Memorial of Christ’s Death

Hi, in the note at the bottom of the main article it is stated, “In Mathew’s account Jesus makes no mention of memorializing his death by this communion fellowship, but rather he institutes a covenant of inclusion in his Kingdom with its partakers of his body and blood in the emblems of unleavened bread and red wine.” Please explain why you think this is the case. I think this is a JW misinterpretation. in JW literature they always quote the Gospel of Luke as their only support, but upon investigation, I found that Watchtower twisted the Greek phrase beyond its… Read more »

Knowing the time and date precisely was perfected as a mathematical art by the astronomer priests of Babylon. I have a copy of a cuneiform tablet using integer math alone that calculates the square root of 2, accurate to one part per million. The same priests created sun-moon eclipse tables, which came in handy to demonstrate their secret powers in a awe-inspiring way. The exercise of calendar calculation by the heavenly bodies has nothing to do with failed WT prophecies or methods, which in any case are not actually followed in setting the JW Memorial Date. Albert Schroeder told me… Read more »

Thanks a lot Rufus for this “How often” insightful and timely information. I think, many still-in JW’s may think about it and wish they would partake. Frankie