The Head of the Woman is the Man

The entire premise of this series of articles has been that head (Greek: kephalé) refers to someone in authority over others.  This turns out to be false as explained thoroughly in this article, “The Role of Women in the Christian Congregation (Part 6): Headship! It’s not what you think it is”. Since the entire premise of this Watchtower series of articles is false, many of its conclusions are bound to be invalid.

In Bible times, the word, kephalé, could mean source or crown. As it pertains to 1 Corinthians 11:3, it appears that Paul was using it in the sense of source. Jesus came from Jehovah, and Adam came from Jesus as the Logos through whom all things were created.  In turn, the woman came from the man, being created not from the dust, but from his side. This understanding is borne out by verses 8, 11, 12 in the same chapter which read: “For man did not come from woman, but woman from man; neither was man created for woman, but woman for man. …Nevertheless, in the Lord woman is not independent of man, nor is man independent of woman. For as woman came from man, so also man is born of woman. But everything comes from God.”

Again, Paul is emphasizing the idea of origin. The whole purpose of this opening part of Chapter 11 is to focus on the different roles that men and women play in the congregation rather than on the authority one might have over the other.

With that premise corrected, let us proceed with our review of the article.

Paragraph 4 quotes a women saying, “I know that Jehovah has made the headship arrangement and that he has given women a humble yet respectable role to play.”  Unfortunately, this could lead to the conclusion that a woman’s role is humble, while a man’s is not.  Yet, humility is a quality both must work at. A woman’s role is no more humble than a man’s. Perhaps unwittingly, the writer is perpetuating stereotypes here.

Paragraph 6 states, “As mentioned in the preceding article, Jehovah expects Christian husbands to care for the spiritual, emotional, and material needs of their family.”  Jehovah does indeed expect that.  In fact, he commands it and tells us that one who shirks that responsibility is worse than a person without faith. (1 Timothy 5:8) However, the organization takes a somewhat more flexible position.  If a member of the family, such as the wife or a teenaged child, decides to opt out of the congregation of Jehovah’s Witnesses, they are to be shunned. Officially, the man is expected to provide materially for the disassociated one, but spiritual and emotional care is denied. However, even materially, we find that witnesses often shirk their scriptural responsibility to support organization policy. There was that reprehensible video from a few years ago at the regional convention showing a young girl leaving the household because she refused to give up her immoral relationship. The video depicted the mother refusing even to answer the telephone when her daughter called. What if we reshot that video, putting the daughter calling from the emergency ward of a hospital?  The optics of that scene wouldn’t play well even to a Witness convention audience.

In the video we saw that even after the daughter had stopped sinning, her family still could not provide for her spiritually, emotionally, nor materially, until she was reinstated which took a full 12 months after her sinning had ended. Jehovah forgives readily and immediately, but the organization of Jehovah’s Witnesses…not so much.  Parents have to wait for the body of elders to decide when they can talk to their children again.

Paragraph 6 continues with this exhortation: “…married sisters have to take time from their busy schedule each day to read God’s Word and meditate on it and to turn to Jehovah in earnest prayer.”

Just make sure you do not read any of the organization’s publications at the same time as they will color your understanding. Just read God’s word and meditate on it and pray for understanding, and then be prepared for the inevitable cognitive dissonance this will produce as you see the conflicts between organizational policies and doctrines and what the Bible teaches.

On page 10 we again see an illustration of Jesus sporting a cape. He is never depicted wearing a cape in the Bible, so one has to wonder about the organization’s fascination with displaying him always as a caped crusader.

Paragraph 11 states: “A wife who is forgiving is likely to find it easier to be submissive.” It is true that a husband will make many mistakes, and is very important for him to have the support of his wife as he deals with his mistakes, since they affect her as well as him.  However, let’s bear in mind what the Bible has to say about forgiveness:

“. . .Pay attention to yourselves. If your brother commits a sin, rebuke him, and if he repents, forgive him. Even if he sins seven times a day against you and he comes back to you seven times, saying, ‘I repent,’ you must forgive him.”” (Luke 17:3, 4)

There is no presumption here that a wife should forgive her husband simply because he’s her “husbandly head”. Has the husband asked for forgiveness? Does he humbly acknowledge he’s made a mistake that has hurt her? It would be nice if the article addressed that side of the issue, so as to provide a balanced view.

Every so often we read something in the publications or hear something from the videos produced by JW.org that is so puerile as to leave one speechless. Such is the case with this statement from paragraph 13.

“Jehovah respected Jesus’ ability so much that He allowed Jesus to work beside Him when Jehovah created the universe.”

One hardly knows where to start. We are talking about a being begotten by God for the purpose of creating the universe. He is not some work applicant that has to go through a probationary period before he gets the job.

Then we have this: “Even though Jesus is talented, he still looks to Jehovah for guidance.”

“Even though Jesus is talented”???

Yeah, that Jesus, he’s a heck of guy, so talented.

Really, who writes this stuff?

Before we close, it has been sometime since I did one of these Watchtower reviews. I had forgotten how much the role Jesus plays in the Christian arrangement is diminished in the publications of the organization.

To illustrate, I’m reprinting paragraph 18 here but substituting “Jesus” wherever “Jehovah” appears in the original.

“What wives can learn. A wife who loves and respects Jesus can have a good impact on her family, even if her husband does not serve Jesus or live by His standards. She will not look for an unscriptural way out of her marriage. Instead, by being respectful and submissive, she will try to motivate her husband to learn about Jesus. (1 Pet. 3:1, 2) But even if he does not respond to her good example, Jesus appreciates the loyalty that a submissive wife shows to Him.”

If you are still very much a Jehovah’s Witness, I know that sounds off, doesn’t it?

This is why I encourage Jehovah’s Witnesses to read the Bible without the publications. If you read the Christian Scriptures, you will see Jesus mentioned over and over. We don’t belong to Jehovah. We belong to Jesus, and Jesus belongs to Jehovah. There is a hierarchy here. (1 Corinthians 3:21-23) We don’t get to Jehovah except through Jesus. We cannot do an end run around Jesus and hope to succeed.

If you doubt that, do a word search on “Jehovah” on any Watchtower issue you care to choose. Then contrast the results with a similar word search on the name “Jesus”. Now compare the ratio of one name to the other by doing the same word search on the Christian Greek Scriptures. That should tell you all you need to know. 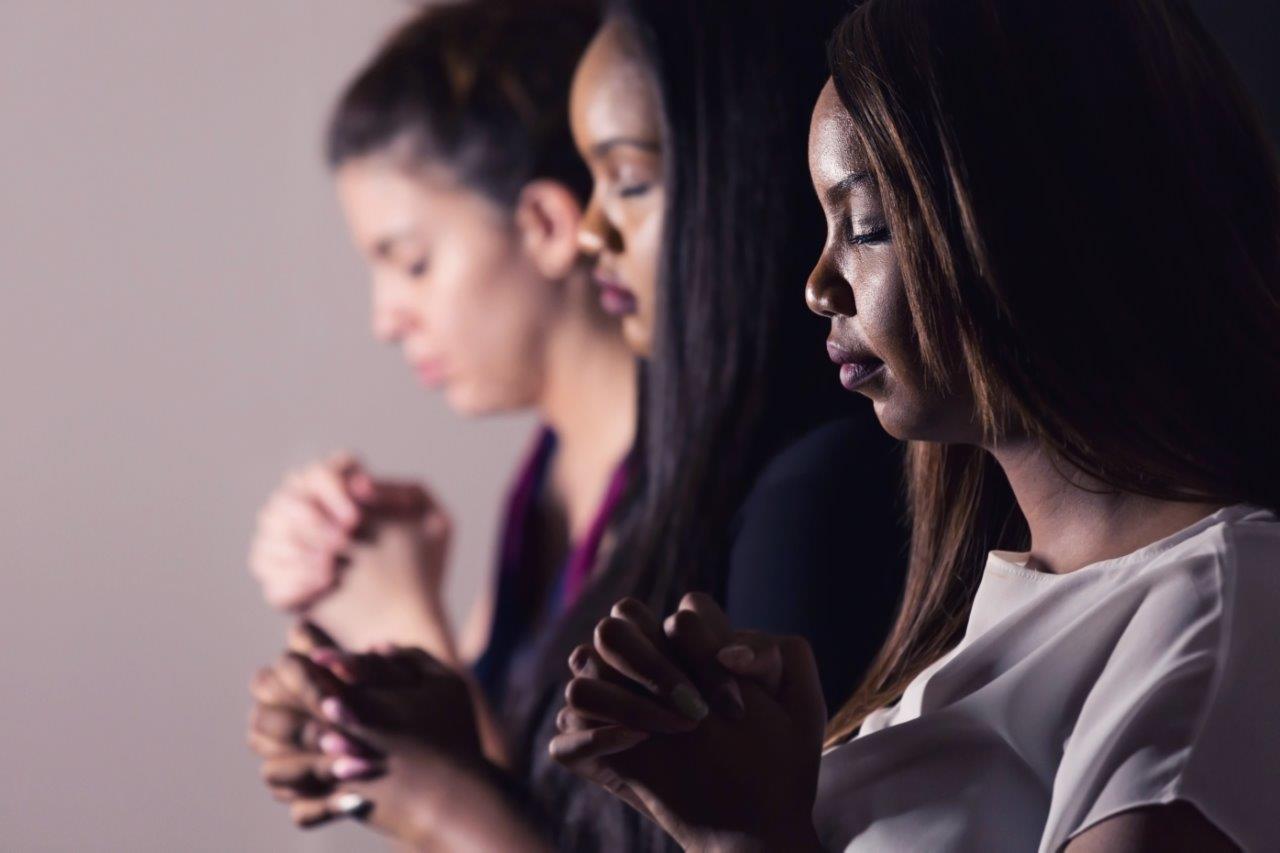 Understanding the Role of Women in God’s Family

The Bible Book of Genesis – How does God view Male and Female?

In the NWT Romans 14:8 says that we belong to Jehovah. Is this an incorrect translation?

Last edited 1 year ago by ctron
0

To evaluate whether the translation is correct or not, check out an interlinear.

Whenever I see the word “help as used in genesis account, I tend to see it this way.

When someone is asked to help another person there is every chance that person is more than capable or at par with such one.

And sometimes when the person tasked to help is not at par with the person he is to help. There is reason to believe that such person is being trained to attain such status in the long run.

Hi Meleti, You said:  If you read the Christian Scriptures, you will see Jesus mentioned over and over. We don’t belong to Jehovah. We belong to Jesus, and Jesus belongs to Jehovah. There is a hierarchy here. (1 Corinthians 3:21-23) We don’t get to Jehovah except through Jesus. We cannot do an end run around Jesus and hope to succeed. You’re right on the money here Meleti, I got to give you kudos for the kyrios shout out. Over seven hundred times in the (NT), Jesus is referred to it. Over seven thousand times in the (OT), YHWH is referred… Read more »

Thanks for the article, greatly appreciated. I believe the organisations down playing of Jesus’ role is intentional as the agenda is to covertly raise the position and authority of the GB in the minds of JWs over Jesus. The amount of times I’ve heard congregational prayers thanking the GB for the spiritual food they are receiving far out weights Jesus getting any thanks for spiritual provisions. Since JW broadcasting the GB now have rock star status in the minds of JWs to the point of a pseudo form of worship. As King Solomon said “there is nothing new under the… Read more »

Apart from downplay Jesus, I believe it is the brand the organization is selling. Ones brand cannot be called or selling Jehovah’s Witnesses and the store is filled with Jesus witnesses.

That I believe is the entanglement they are in. The name they chose to be called.

The question remains as to whether κεφαλή carried the meaning of “authority over another” in the time of Paul. It came to have that meaning in Greek in medieval times, but our concern is how Paul understood it.